This dramatic living room is part of a very dramatic house belonging to and designed by Martin Lawrence Bullard. It is strikingly original, but I, myself, would not be able to draw my eyes from the ceiling -- and, after a short time, I would develop a nausea-inducing vertigo therefrom. Decorating style is indeed a very personal thing. (Credit: Elle Décor, October, 2019) 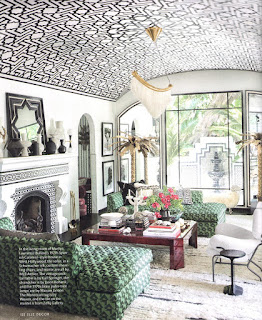 Posted by Twickenham's Wasp at 4:35 PM No comments:

Sometimes I Laugh a Little

One detail of the kitchen of a house featured in a recent issue of Traditional Home has caused me to chuckle. The family includes very small children, but seating in the eating area of the kitchen features a sofa with tufted back. Admittedly, the sofa is upholstered in "plether" (which "wipes up like a dream"), but I wonder if either the decorator or the parents have ever tried to get spilled maple syrup out of a tufting.
Posted by Twickenham's Wasp at 6:35 AM No comments:

My first (and best) instructor in interior decorating once remarked, in the context of discussing how to choose an approach to a decorating project, that "the house will speak to you." This was not mysticism but rather an acknowledgment that one should pay attention to the scale, proportion, and architectural style of a space in making decisions about its decor. The admonition was not, however, intended to promote the creation of "period rooms"; the message was, instead, to be carefully selective in eclecticism. As example, English and French eighteenth-century antiques can be dramatic accents in an ultra-modern space, but this does not work so easily the other way around.

This expression of "genius loci" also applies to the environment around the house being decorated. A great many choices for the inside of a house or apartment depend on what is outside -- the light, the climate, and so forth. Television shows about people moving from one part of the world to another sometimes feature those with unrealistic expectations: looking for a Spanish style villa in New England or a white clapboard house in the desert areas of California are searches doomed to frustration.

Nonetheless, people do persist. The great decorator, Charles Faudree, made a brilliant career creating beautiful French country interiors for the wives of Oklahoma oil barons.The fantasy bubble surely burst whenever these happy matrons went outside and rediscovered that they were, unfortunately for them, still in Tulsa.

This discussion is by way of prelude to a consideration of this photo drawn from a recent issue of Traditional Home. 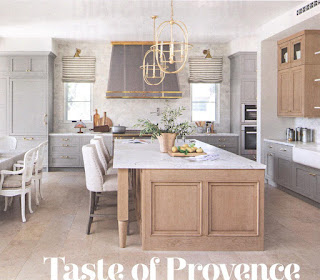 The design of this kitchen in Southern California is successful because it harmonizes with the light and "feel" of its setting, and it does so because the designer, Caren Rideau, did not attempt a literal recreation of a space in the south of France. (Note, particularly, the absence of the brilliant colors -- deep blues and reds, golden yellows -- that are typical of Provence.) Instead she let the flooring of French oak and limestone and the general shape of the space evoke the faraway. It is brilliant.
Posted by Twickenham's Wasp at 6:31 AM No comments:

Today, I came across the term "decorated minimalism" -- I take it to mean "some stuff rather than no stuff."
Posted by Twickenham's Wasp at 3:15 PM No comments:

We toss the term, "classic", about to describe that which we regard as timeless in design. But the best definition of the term may be that of the architect, Eero Saarinen, who suggested that furniture design "...must be classic, in the sense of responding to an often recurring need." (Quotation taken from the October, 2019, issue of Architectural Digest.)
Posted by Twickenham's Wasp at 3:55 PM No comments:

The October issue of Architectural Digest includes an article about the London home of Hannah Cecil Gurney, the daughter of the founder of de Gournay, manufacturer of high-end wall coverings. Her home is, as one might expect, full of the extravagantly beautiful colors of these expensive wall coverings. The picture below shows one used as the backsplash in the kitchen. This one is an embroidered silk -- behind the stove....let that sink in. 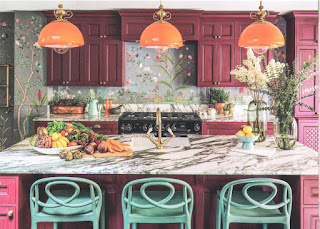 Posted by Twickenham's Wasp at 3:50 PM No comments:

This dining room -- in the home of Atlanta designer, Danielle Rollins -- is glorious. The picture is from the September-October issue of Veranda. 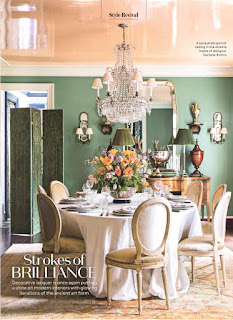 Posted by Twickenham's Wasp at 1:31 PM No comments: 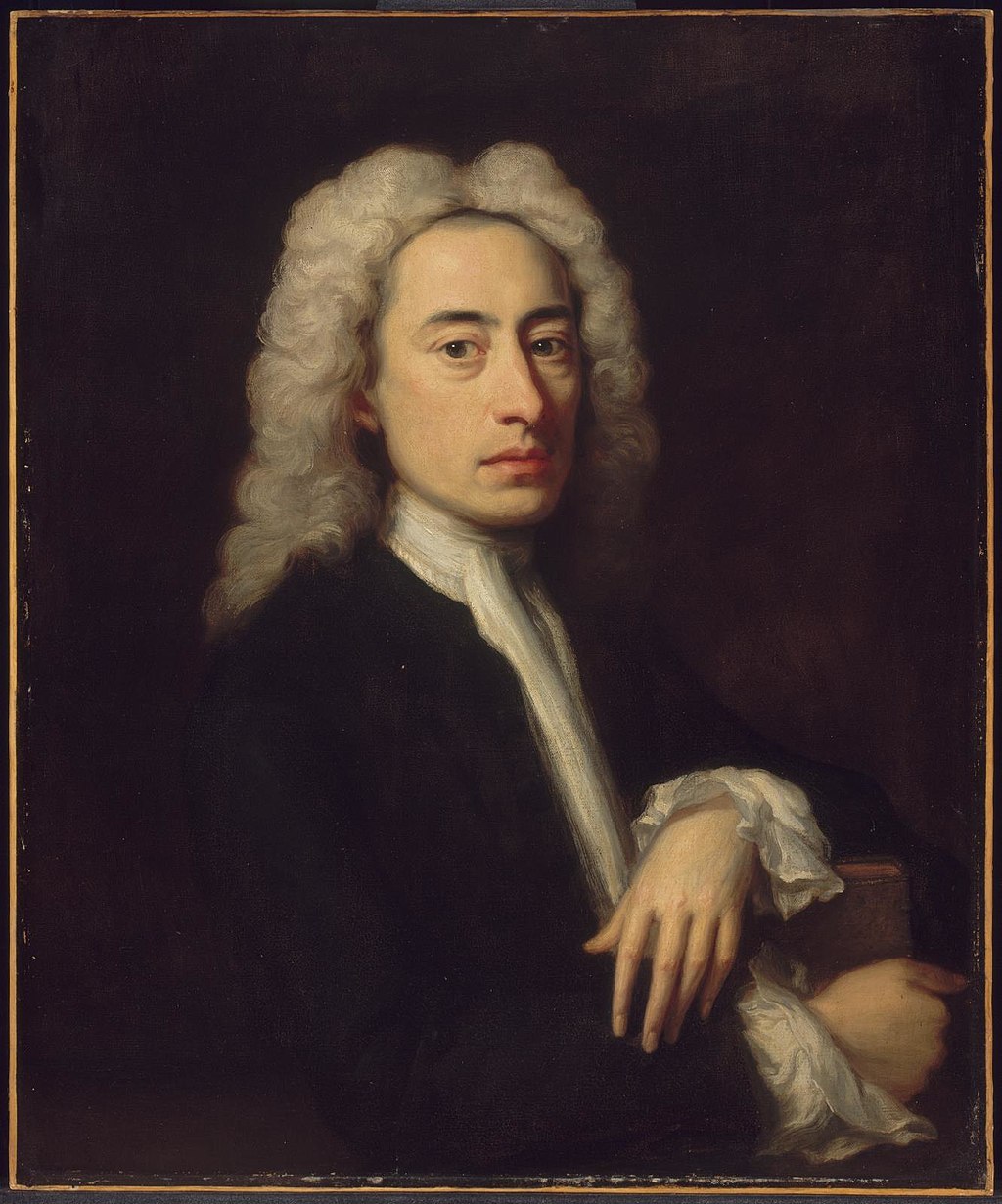 Twickenham's Wasp
An interior decorator with definite tastes comments on current trends found in magazines and on the internet. See my work at www.rookerphillips.com.